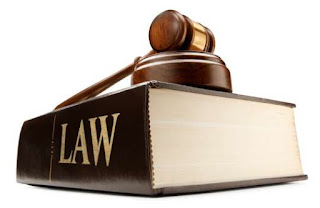 ….as parties opt for out-of-court settlement

MASVINGO – Zimbabwe Republic Police (ZRP)'s Chief Superintendent Philip Ncube's legal battle to recover money that he lost in a botched residential stand scheme ended recently with both parties agreeing to an out-of-court settlement.
Chief Supt Ncube, represented by Collen Maboke of Ruvengo, Maboke and Company, was suing Edton Investment (Pvt) Ltd to recover over US$5 000 he contributed starting in 2012.
The case took several twists and turns in the Masvingo Civil Court until the feuding parties ultimately agreed to settle the matter amicably.
Through the deal, Edton Investments will pay Ncube US$5 850 in form of three instalments starting from February 15, 2018.
Ncube had however wanted to be paid US$6 267.50 being US$5 450 for money contributed towards purchase of a residential stand, US$545 as 10 percent collection commission, US272.50 as five percent interest per annum and legal costs.
According to the plaintiff's particulars of claim, in 2011, Ncube joined the National Housing Development Trust Scheme and made monthly contributions.
He was then allocated stand number 492A Riverside Township measuring 1295 square metres and an agreement was entered in March 2012.
In July 2013, Ncube was told to stop his monthly contributions and asked to attend a meeting at Chevron Hotel where it was revealed that Edton Investments had taken over the scheme. It was promised that considerations were going to be made for those who had made contributions to the National Housing Development Trust.
At that time, Ncube had contributed US$2 650 but he later deposited another US$2 800 and was given a new stand, Number 955 of the remaining extent of Riverside measuring 500 square metres.
Sometime later, Ncube was informed that the layout plan had changed, thereby affecting the size of his stand which now measured 800 square metres and an official agreement of sale was drafted.
He later on discovered that the layout plan was not approved by the required offices, meaning that he was illegally allocated the stand.
Through his lawyers, Ncube wrote to Edton Investments on June 26, 2017 advising that he wished to cancel the agreement and be reimbursed of his money but the company refused to pay back the full amount, leading to the civil suit.local