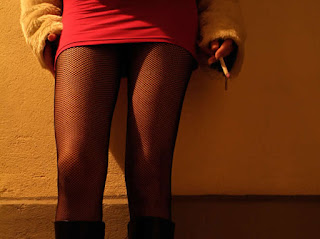 CHIREDZI - Sex workers who have been in the industry for a long time say they are pained by the continuing increase of young girls into the sleazy industry.
Speaking to TellZim News, one senior sex worker who chose to be identified as Giant said she was troubled by the proliferation of underage girls on the sex market.
"These girls have not yet matured and as such cannot really take care of themselves in this tough business. They sell their bodies for a pittance, say $2 as a walk-away price and that is not at all pleasing," said Giant.
Another one said it pained her to see children young enough to be in form 1 jostling for clients with much experienced older women.
Social worker Atipashe Taruberekera urged government to spread the national social safety net to more people so that the scourge of underage girls doing sex work can decline.
"Most girls are forced into commercial sex work by of lack of resources for them to access education. Government must avail more Beam (Basic Education assistance Module) funds so that the girl child in rural areas can have the means to remain in school even if her own parents cannot afford.
"There is need for government intervention to alert people especially those in remote areas on the dangers of letting their children leave home for the town," said Tarubereka.
One senior citizen, Godfrey Mabika said children from rural Chiredzi were living mainly in poverty and that was forcing them to leave home for the town where they face the real risk of sexual predation.
"In 2010, people called them 'zvijete', a derogatory name which alludes to the Jete area in Mkwasine where most of them were coming from," said Mabika.local
Share !