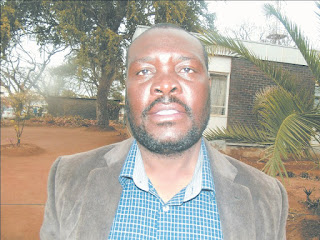 CHIREDZI - Town Council chairperson Francis Moyo has made clear his intentions to contest the Chiredzi West parliamentary seat which is currently held by Darlington Chiwa who is under severe pressure for his connections to the defeated G40 faction.
Former Tongaat Hullet agriculture director Farai Musikavanhu has also indicated his desire to take the seat on a Zanu PF ticket come election time.
Other people who are jostling for the same seat include Samson Makonese, Titus Maluleke and Norman Sharara.
When G40 had gained the upper hand in the days leading to the military intervention codenamed 'Operation Restore Legacy' in November last year, Moyo found himself on the back foot and he escaped expulsion by a whisker.
Moyo, who was allegedly aligned to the rival Team Lacoste, said he was ready to leave his current position as Ward 4 councillor.
"I have made up my mind now and I am joining the legislative race. I am arranging for a ward meeting with my party leaders in order to inform them of the new developments," said Moyo.local
Share !