Emotional send off for Mazingi 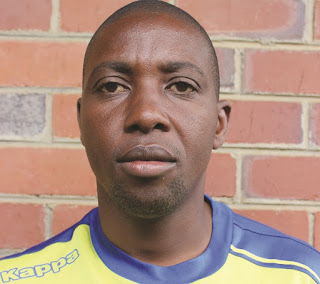 GWERU – Chapungu FC goalkeeper Roy Mazingi, who passed away on January 10 at Manyame Airbase Hospital in Harare, was laid to rest at Mbizo 10 Cemetery in Kwekwe last Sunday, January 14.
Members of the football community payed their last respect to the 31-year-old goal minder who passed after an accident during training with the Airforce of Zimbabwe (AFZ).
Representative from the Zimbabwe Football Association (Zifa), Premier Soccer League (PSL), some PSL clubs, Chapungu FC executive and technical team lead by Tendai Chikuni, players, former players, family and friends gathered to paid their last respects to a departed comrade.
Many described the late Mazingi as a unifier and a God-fearing man. Speaker after speaker emphasised that the football fraternity was robbed of a great player who had passion for the beatiful game.
In his remarks, Thornhill Airforce Base's Air Commodore Elisha Masakadza said due to his hard work, Mazingi had left a void which will take a long time to fill.
"Roy was a God-fearing man, a unifier and above all a great leader whom we could count on both on and off the pitch. We have lost a hero and he was someone you could rely and the void he left we wil be hard to fill," said Masakadza.
Mazingi started his professional career at Silo Steel ini 2005 in the Zifa Southern Region Division One before being spoted by Luke Masomere who introduced him to the PSL in 2007.  He joined Chapungu in 2014 the team he saved till the time he passed on.sport
Share !