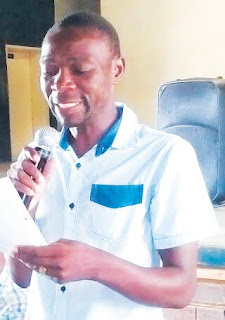 ...claims he is still SG

12 Jan 2018 - CHIREDZI - Former Commercial Sugarcane Farmers Association of Zimbabwe's (CSFAZ) secretary general, Roy Bhila has declared that 'Operation Restore Order' will soon be employed at the organisation which he alleges has been hijacked by remnants of the G40 cabal.
Addressing Zanu PF district leaders at the launch of the Roy Bhila Foundation in Mkwasine recently, Bhila – who claims to be the legitimate secretary general of the association despite his faction's defeat at elections held late last year – argued that the current executive had wrongfully usurped power.
Addmore Hwarare was elected CSFAZ chairperson to replace the Tawanda Mafurutu-led executive despite fierce opposition from the outgoing executive which said he was ineligible to contest, claiming he was not fully paid up as a member.
Sources close to CSFAZ new executive say the executive and councillors were also at loggerheads with new CSFAZ treasurer Collin Togarepi who is reportedly refusing to give meeting allowances.
Bhila however said the war was not over just yet, threatening that Operation Restore Order will soon spread to the association.
He said the association was on the brink of collapse just like what Zimbabwe had become under Robert Mugabe and G40.
"I worked for the association as the secretary general and I am still the secretary general although some people of the G40 hijacked the association.
"It's not over yet and the game is still on. If they have the power then why did over 200 farmers refuse to pay up after they got elected? The association has about 340 subscribed members and if 200 of them are in support of Bhila and his executive members, it means we are still in power. Operation Restore Order is going to be there at CSFAZ," said Bhila.
Bhila and his executive were accused of maladministration and abuse of funds while they were still in office. It was alleged that he was using the association's resources to campaign in Chiredzi North where he hopes to be MP.
"They say we stole from the association but to my surprise, we are not being prosecuted, why? Resources I used for developing Chiredzi North came from my sweat and nowhere else," said Bhila.politics
Share !