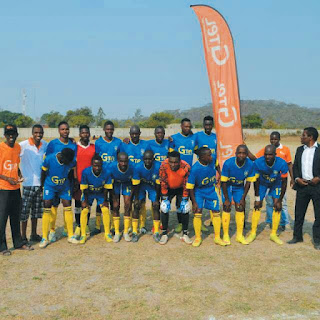 
MPANDAWANA - Gutu FC have are already preparing for the upcoming season by organising matches between various community football clubs to scout for new talent.
The selection is being done from various community clubs all around Gutu district with the under 25s being the most sought-after players.
Gutu FC chairman Timothy Mhakayakona told TellZim News the selection process was already in progress with the hope of building a resilient team.
"We want to select young players from 25 years of age and below because such players tend to be the most energetic. Last season, we failed to make it and finished at number 12 out of 16 because the team was full of inactive players. We want to do better this coming season," said Mhakayakona.
He said the selection process was aimed at building a final team made up of immensely capable players.
Sport and recreation officer for Gutu district, Rangarirai Gobvu said it was the new government's drive to organise clubs at community levels to advance the goal of grooming new talent.
"We have already started forming clubs to look for talent from all the 41 wards in the district as part of our work to meet our targets for the first 100 days," said Gobvu.
He said the programme was not limited to football only, but extended to other sporting disciplines that can make a difference in communities.sport
Share !