Gutu man in court for striking father-in-law with axe 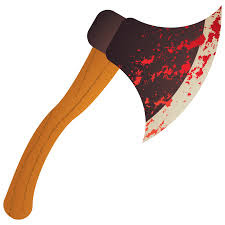 12 Jan 2018 - GUTU - Tinos Mutukwa, of Magombedze village under Chief Makore, was arrested by the police on December 31, 2017 for the attempted murder of Ranganai Chingangandu of the same village.
Mutukwa (38) pleaded guilty to charges that he struck his father-in-law Chingangandu (42) with an axe on the chest and was remanded to January 18 for sentencing.
It was the State's case, as presented by prosecutor Samuel Magobeya, that on the day in question, Mutukwa went to Chingangandu's homestead armed with an axe at around midnight.
He found Chingangandu and his family preparing to go to a church service and caused chaos, demanding that the family must show him his son's grave.
In the chaos, Mutukwa hit Chingangandu with an axe once on the left side of his chest, seriously injuring him.
As the case was being tried, the victim was still admitted at Gutu Mission Hospital where he was said to be in a critical condition.
Magistrate Edwin Marecha decried the increasing number of violent cases that are coming to the courts every day, saying people must learn to solve disputes amicably.local
Share !