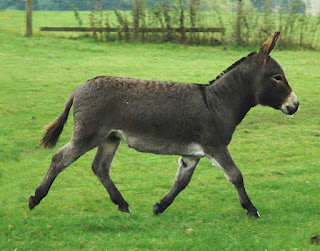 GUTU - Vincent Madzanise, of Kuchinani village under Chief Chimombe, was recently caught sexually abusing a donkey, the police have said.
The donkey's owner, Febias Mawoyo was shocked to find Madzanise molesting the donkey which was tied around a pole in the dead of the night.
The suspect fled upon noticing that he had been busted but a disgusted Mawoyo later made a report to the police.
Masvingo provincial acting police spokesperson, Assistant Inspector Kudakwashe Dhewa appealed to members of the public to avail any information that can lead to the arrest of the suspect.
"The suspect is on the run and we are looking for him. We plead with the community to report to the nearest police station if they get to see Madzanise or if they know where he is hiding," said Ass Insp Dhewa.
He urged people not to trust any man with their animals as cases of bestiality were increasing.
Section 74 of the Criminal Law (Codification and Reform) Act 9.23 criminalises bestiality, stating that a person would be liable to a maximum of one year in prison or a fine of up to level 14 if he/she is convicted of the offence.local
Share !