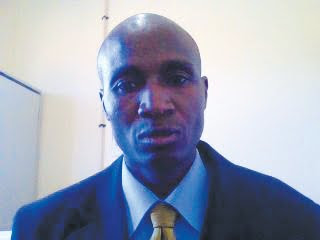 Great Zimbabwe University (GZU) has lost yet another lecturer, Dr Thadeus Marungudzi who died at Makurira Memorial Clinic in the early morning hours of Thursday, January 04, 2018 after a yearlong battle with blood cancer.
Dr Marungudzi attained his PhD last year with the University of North West in South Africa and was a lecturer in the Department of English and Media Studies.
His death is a great loss to the university as it comes barely three weeks after the death of Dr Baxter Tavuyanago, a lecturer in the Department of History, Archaeology and Development Studies.
Dr Tavuyanago died on December 22, 2017 at Avenues Clinic in Harare. He had initially undergone operation of the prostate and had been treated at Makurira Memorial Clinic.
A lecturer in the Department of Banking and Finance, Dr Simon Munongo died in Harare in September 2017 after a short illness.
Munongo acquired his PhD with the University of South Africa (Unisa) in 2016.
In May 2017, GZU lost Fungai Chiyadzwa, a Media and Cultural Studies lecturer. Chiyadzwa died at Makurira Memorial Clinic where he had been admitted for a minor abscess (mota) operation.
In April 2016, Jane Sigauke a lecturer in the then Department of Archaeology, Culture and Museums Studies (now called History, Archaeology and Development Studies) died of excessive bleeding at Masvingo Provincial Hospital where she had been transferred after undergoing a Caesarian section at Makurira Memorial Clinic.local
Share !