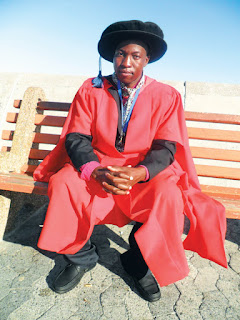 MASVINGO – A new publishing house; Africa Talent Publishers (ATP), has been opened in town and is set to begin production by midyear 2018, TellZim News has learnt.
The publishing house was founded by Professor Munyaradzi Mawere and Tapuwa R. Mubaya, who are both lecturers at Great Zimbabwe University (GZU).
The publishing house has Mubaya as its managing director.
Prof Mawere, who is ATP chief executive officer, said enough ground had already been covered such that the first batch of books will be released by June this year.
"After completing all the necessary groundwork, significant amounts of preparation have been made so far. We have, for instance, completed feasibility studies, publishing house registration and review of some manuscripts awaiting publication. We hope to start churning out our first batch of books by June 2018," said Prof Mawere.
He said ATP aimed to nurture talent as well as give voice to the marginalised people who found it difficult to publish their writings. This, he said, would bridge a critical gap since many books by African writers are unavailable to Africans living on the continent.
"Our main objective is to serve as a cooking pan for the promotion of talent in Zimbabwe, Africa and the world. We seek to promote and nurture especially the talent of the marginalised whose voice has failed to reach the corners of the world due to lack of publicity. Our talented people, as long as they are from humble backgrounds, struggle to have their high quality work published," said Prof Mawere.
He said the organisation will publish curriculum textbooks and is participating in the writing of the Zimbabwe Updated Curriculum. It will also publish educational textbooks, non-curriculum books like novels, poetry anthologies, autobiographies, and general textbooks.
Mawere is a Full Professor in the Simon Muzenda School of Arts, Culture and Heritage Studies at Great Zimbabwe University in Zimbabwe, where he teaches African Philosophy and Thought. He is on record as one of the youngest full professors in Zimbabwe and in Africa, an academic status (of full professorship) he attained in 2015.education
Share !