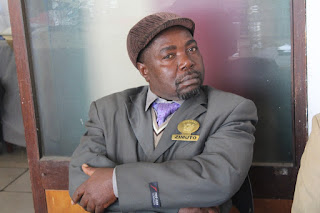 ZIMUTO - The Nemarundwi headmanship wrangle pitting two families took a nasty turn last week when Smart Chidavarume was elevated to the position in the presence of armed soldiers and policemen.
There has been a feud between Chidavarume and his rival, Magiya Kwenda who also stacked his claim to the headmanship.
Sources told TellZim News that the traditional rules of succession had favoured Kwenda but Chidavarume cunningly worked his way to the throne, bypassing all the customary values.
"He was installed headman in the presence six armed police officers, two soldiers and members of the Zion Christian Church (ZCC). That was a gross violation of our customs guiding the ascendance to the Nemarundwi headmanship. The position should have been taken by the eldest son from the Nduru house," said one source.
Another source said the new headman, who is from the Nhunzvi family, was installed in the presence of representatives from the Masvingo District Administrator (DA) and Provincial Administrator (PA)'s offices.
"He seems to have won the favours of political leaders through misrepresentations and back-stabbing others. That explains the presence of security services at his sham installation ceremony but he should understand that it doesn't give him any shred of legitimacy in the strictest of senses.
"The headmanship must rotate between the Nduru and Nhunzvi families but it has now consecutively gone back to the same family," complained a member of the Nhunzvi family who preferred anonymity.
When contacted for comment, Masvingo DA Ray Hove defended the whole process, saying a candidate selection meeting held in October 2016 produced Chidavarume and Mugiya, with the former finally being chosen on the basis of his age advantage.
"I can confirm that Headman Nemarundwi was appointed by the former minister Abedinico Ncube on 6 July 2017 so the event was just an official handover ceremony which was attended by assistant DA Nyaradzo Tongofa on my behalf," Hove said.
On his part, Chief Zimuto also made it clear he preferred Chidavarume since he is older than Kwenda.
"We all agreed at the meeting that since Chidavarume, who was born in 1931, is a year older than Magiya, he should be made headman. We are surprised now that there is this other factor of families being brought forward. It presents yet another challenge to us," said Chief Zimuto.local
Share !