Hungwe bares it all 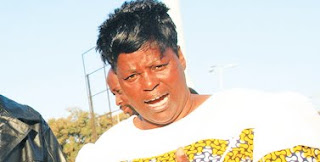 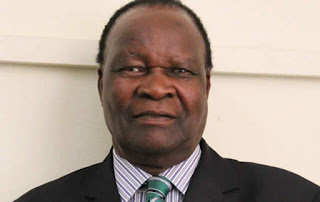 ...reveals how Zanu PF will win 2018 elections
...party to compile own voters' roll
...use of Army in forthcoming elections emphasised
...journalists threatened against publishing the story

Upenyu Chaota
Zanu PF national deputy political commissar Omega Hungwe made a stunning revelation on how the ruling Zanu PF will win 2018 general elections saying voter registration slip will be a prerequisite for those who wish to join party structures from cell level going upwards.
Speaking during a provincial inter-district meeting at Masvingo Polytechnic last week, Hungwe said Zanu PF will create its own voters' roll by ensuring that every member of the cell structures has produced a registration slip to prove they are registered to vote.
While explaining how that will help Zanu PF to win elections, Hungwe remembered that there were journalists in hall, forcing her to immediately change the subject of discussion and threaten the scribes not to write the story.
She then ordered the ZBC news crew present to stop recording her and gave a stern warning to other journalists not to publish the comments.
"Cell register is the voters' roll of Zanu PF. Hakuna anonovhotera primary asiri muregister recell. I am very sorry. Anovhota neanovhoterwa kana usiri meregister recell hausi kuzoenda mberi.
"You ZBC guys do not record this. Let me also warn those reporters that I will deal with you if you dare write this story; mind you I am Omega Hungwe. Be warned; no one should publish the story. The last time I made similar comments, I had a hard time with people from MDC.
"The registration slip is the ticket for one to be in a cell register. We want to see the registration slips so every person must bring the slips," Hungwe said.
Masvingo Minister of State for Provincial Affairs Josaya Hungwe also chipped in, repeating his mantra that Zanu PF should not leave the army and war veterans in the election campaign.
"Even in the Bible, leaders ruled with the army by their side. Our army did a great job to get the Zanu PF ship back on track so we are not going to leave them behind," the other Hungwe said.
"The army and war veterans are the custodians of the liberation struggle, therefore, they should have a say in how the country is governed and should be involved in our politics. President (Emmerson) Mnangagwa has set a good precedence by appointing Rtd Gen Constantino Chiwenga and Kembo Mohadi as his deputies," he said.
He repeatedly mentioned that the military, chiefly Rtd Lt Gen Engelbert Rugeje, who is now the Zanu PF national political commissar, played a critical role in to earn the party all the 26 seats in Masvingo province in the 2013 general election.
"Zanu PF and the army work together and this helps us cover more ground during campaign times and in the coming elections, we will not leave soldiers and war veterans behind," said Hungwe.
On the same event, Zanu PF youth league boss Pupurai Togarepi warned the pardoned G40 former members to refrain from going around telling people that they are invincible because they have not been kicked out of the party.
"The President said we will forgive but we will not forget. We heard the G40 cabal is telling people that they are invincible because they have survived the chop. We do not want to hear that at all.
"If you are forgiven do not mistake that for a weakness. We will deal with you," said Togarepi.
Zanu PF secretary for legal affairs, Paul Mangwana said the forgiven G40 cabal members will not be allowed to take a leading role in the new Zanu PF.
"We will not forget what these people did to us. We were threatened and we feared for our lives because they ran the party mafia style. They walked all over us but we have forgiven them.
"The problem comes now when they want to take leadership posts. We will not allow that. Ichi chinhu chedu regai timbofamba nacho imi muchimboona kuti zvinoitwa sei," said Mangwana.top news