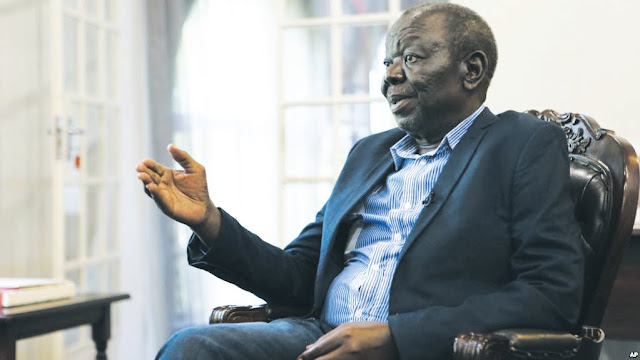 Factionalism within the MDC-T has reached a boiling point in Masvingo, plunging the whole province into chaos after the district recommended the suspension of City of Masvingo mayor, Hubert Fidze and five other district executives on charges of insubordination, triggering a groundswell of anger and discontent within structures.
In response to the suspensions, disgruntled party members are now calling for the fall of the district.
The Masvingo Urban constituency has become a hotbed within the MDC structures after some heavyweights among them Takanai Mureyi, Bonface Mazarire and Tongai Matutu said to be vying for the seat in the forthcoming elections.
Matutu, who came back to MDC-T after abandoning the Tendai Biti-led People's Democratic Party (PDP), announced he was not interested in any position but was content with being a card carrying member.
Meanwhile, Matutu has embarked on philanthropic work of paying school fees for underprivileged pupils in the constituency, a move which has irked the district executive, which feels the former Masvingo Urban legislator is undermining their authority to position himself to take the seat.
Two weeks ago, Matutu organised an event where he handed school uniforms and fees to the underprivileged and the event was graced by Fidze and other members from the district who have now been served with suspension letters.
Among the suspended district executive members are Philip Mugabe, Elizabeth Mahachi and Thokozile Muchuchuti. Matutu was himself given a prohibition order while Fidze was recommended to the province for a disciplinary hearing.
The prohibition letter sent to Matutu ordered him to stop conducting party business and directed him to return party property which is said to be in his possession.
"You are warned not to run party programmess without the knowledge and approval of the district. Furthermore, now that you are back in the party after a break away, we advise you to surrender party assets that went missing during your tenure as the provincial secretary.
"You are further advised to service and maintain a party truck which you vandalised during your break away," reads the letter signed by Masvingo Urban district secretary general Faustino Murambatsvina.
Masvingo Urban district also delivered a letter to the provincial chairperson James Gumbi recommending disciplinary against Fidze for attending 'an unsanctioned meeting'.
"We write to inform you that the Mayor of Masvingo Hubert Fidze blessed an unsanctioned party meeting sponsored by Tongai Matutu. Given that he is a provincial member, we recommend that you institute necessary disciplinary action," reads the letter.
MDC-T Masvingo provincial chairperson James Gumbi said he was yet to be briefed on the issue, adding that the province will see to it that the matter is resolved amicably if it reaches his office.
"It sounds funny that people are suspended for attending a function which does not have anything to do with politics. I haven't been briefed but once I do I will give you the full details.
"We are having a provincial meeting on Sunday so if the matter comes to my office, we will put it on the agenda," said Gumbi.
Mureyi, on the other hand, urged members to be united and prepare for the forthcoming elections. He said there was no bad blood between him and other candidates, urging members of the party to feel free to vote for candidates of their choice.
"I believe in unity. We should be united and have that democratic right to vote for candidates of our own choice. People should respect the party constitution and the leadership must unite the people," said Mureyi.
MDC-T Veterans Activist Association (VAA) Masvingo provincial chairperson Tichaona Chiminya slammed the district for what he said was a push for factional agendas.
"We cannot be found creating fissures in the party at this point in time. We have an election by the corner and we do not want to suspend people for no apparent reason. You cannot just wake up and think you want to suspend someone and just do it without following proper party procedures.
"There is no solid case to warrant any suspensions. We need everyone and we cannot afford to suspend each other now with few months before the election," said Chiminya.
On his part, Matutu said he had no case to answer since his donation was not a party event but was organised at personal level.
"People should be able to separate Matutu the man and Matutu the politician. Not everything I do is politically-motivated so there is no need to let the district know other things I do at personal level.
"I like helping people and it is my calling. The district is offside and there is drought of reasoning among our leaders. How can they recommend disciplinary action against the mayor because he has done his civic duties?
"Cllr Fidze occupies a civic office, meaning that at times his position may force him to attend even events organised by people with links to Zanu PF. Why make noise now because he has graced Matutu's function?" said Matutu.top news
Share !