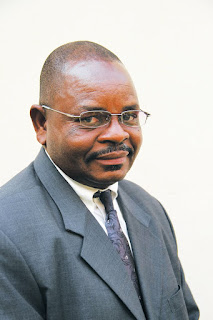 ZAKA – Member of Parliament (MP) for Zaka Central, Paradzai Chakona last week warned Zanu PF members and supporters against tarnishing the image of the party by engaging in politically-motivated violence.
The legislator was speaking to chiefs, councillors and other people gathered for a Constituency Development Fund (CDF) consultative meeting at Zaka Rural District Council (RDC) offices in Jerera.
Chakona said Zanu PF needed to win the upcoming elections in a manner that would not put the credibility of the result into question.
"We want credible elections, so we want peace in all elections at all levels. Stop threatening people. We want those who will win not to be burdened by legitimacy issues because people were beaten up or intimidated," said Chakona.
He made the remarks in the wake of a savage assault on MDC-T Zaka East youth chairperson Amos Kumire allegedly by a group of Zanu PF supporters.
"We have to stop violence at all costs so that we don't have anybody being accused of violence or intimidation. Report all incidences of violence as well as those likely to cause violence to the police. Let's campaign for peace at all gatherings even at churches," said Chakona.
Zanu PF Ward 19 chairperson, David Kumutsana urged the police to work hard to hold to account people who provoke political tensions.
It was agreed in the meeting that if CDF funds are availed, priority should be given to unfinished projects rather than start new ones.
Councillors were asked to hand in their project proposals as well as quotations of the money and resources needed to implement them.
A procurement committee was selected and it was agreed to attend to such unfinished projects namely Mbuyamaswa, Tovani and Four Miles clinics.
The CDF committee is chaired by Chakona and Senator Misheck Marava with Chief Ndanga (Wilson Makono), Nyaradzoo Tachiona, Juliet Chari and Livison Paradza as members.local
Share !