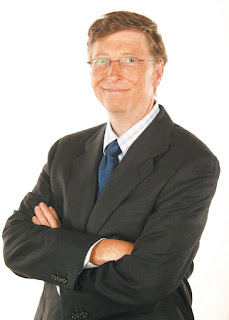 12 Jan 2018 - CHIREDZI – Local Zanu PF heavyweights and sugarcane farmers, Roy Bhila and Farai Musikavanhu, say they want to partner billionaire American businessman Bill Gates to develop the enormous untapped potential of the Lowveld.
Speaking during the launch of the Roy Bhila Foundation in Mkwasine recently, Musikavanhu, who is former agriculture director at Tongaat Hullet, mentioned Chiredzi North and West as particularly capable of contributing to the growth of the national economy due to the presence of large water bodies.
"These two constituencies have the potential to be among the top ten most developed areas in the country but currently, we seem to still be in the early Iron Age," said Musikavanhu.
He said that they were in the process of inviting Gates, one of the richest man in the world, to be their development partner in Chiredzi.
"We are going to invite Bill Gates to be our development partner. He once landed at Buffalo Range Airport and drove to Singita Pamushana Lodge in Malilangwe and never passed through our town because it's in a mess.
"We are also going to approach the American embassy to tell them that it's now pay back time for the wealth they once amassed from our country," added Musikavanhu.
Prominent American billionaires and celebrities have visited Singita Pamushana in Chiredzi include Bill Gates, Shakira and Paul Tudor Jones II.
Musikavanhu also disparaged current Chiredzi MPs claiming they were sleeping in parliament as they have failed to represent sugarcane farmers who are still identified with the Ministry of Industry and Commerce instead of the Ministry of Agriculture.
"Sugarcane is not being funded under the Command Agriculture initiative because it still falls under the Ministry of Industry and Commerce instead of the Ministry of Agriculture. Our MPs are failing to represent us and are sleeping in Parliament," Musikavanhu charged.
Musikavanhu wants to contest in Chiredzi West on a Zanu PF ticket in the next election.local
Share !