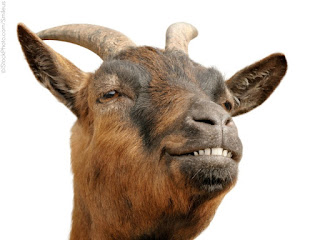 MWENEZI - A village head identified as Sabhuku Chikamare of village 5, Munyamani resettlement in Ward 16 under Chief Maranda is being accused of poisoning many dogs and chickens to avenge his goat which was killed by some dogs.
Sources said on Thursday last week, the village head cut some pieces of meat off the devoured goat carcass and poisoned them before moving from door to door in the night, feeding all dogs with the meat.
The following morning, villagers woke up to the ghastly site of dead dogs and chickens that had also consumed bits of the poisoned meat.
When contacted for comment, Chikamare denied being the culprit, saying malicious people with a grudge against him were linking him to the dastardly act.
"People woke up to find some of their dogs and chickens dead. They started to accuse me of feeding them off poisoned meat but I didn't do that and I don't know who did that.
"I am a victim too because one of my own dogs also died. They are framing me because they have a grudge against me," said Chikamare.
Villagers who spoke to TellZim News, however, insisted that Chikamare was responsible for the atrocious act of revenge.
"We are convinced he is responsible for that. He had bitterly complained that some dogs from the village had killed and eaten his goat so he did this to fix dog owners in the village but he didn't imagine that even chickens were going to eat some bits of the meat and die.
"So far 16 dogs and 64 chickens have died and we are likely to keep counting," said one villager who preferred anonymity.
Villagers filed a police report and by the time of going to print, investigations were in progress.local
Share !