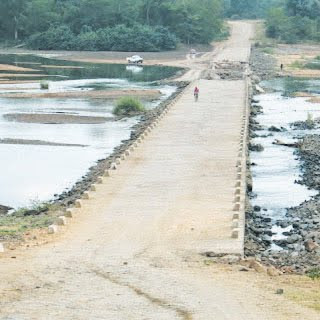 CHIREDZI - There is growing optimism that the ramshackle Chilonga Bridge over Runde River in Chiredzi South will soon be upgraded with indications that government has designated the long-delayed project as one of its top priorities.
Chiredzi South Member of Parliament Kalisto Gwanetsa said government had prioritised the upgrading of the bridge.
He said drawings for Chilonga Bridge were already done with the Transport minister Jorum Gumbo eager to see the project materialising in as short a timeframe as possible.
"It is good that the new government under the new dispensation has prioritised the construction of Chilonga Bridge at an estimated cost of $14 million. The first stages involving write ups were conducted and people from Matibi were interviewed by IDBZ and they aired their concerns that the minister considered.
"I once visited the ministry and I had discussions with the minister, principal director and engineers and they indicated that the drawings for the bridge were ready and the project will commence soon," said Gwanetsa.
The most convenient bridge linking Vahlengwe and Chiredzi urban was Chipinda before it was swept away by Cyclone Eline in 2000.
Many people have died trying to cross the narrow and low-lying Chilonga Bridge during rainy seasons over the years while others have also died in their dugout canoes that are commonly used to cross Runde when it is flooded.
Villagers who live across the vast river often fail to access such critical services as the District Administrators office, Registrar Generals office, Chiredzi General Hospital and banks whenever the river gets flooded.
Last year, Chilonga Bridge was submerged under water for almost six months and government had to use a helicopter to transport medical supplies for malarial fevers.local
Share !