‘No posts for former G40s in new Zanu PF’ 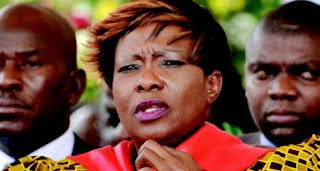 GWERU – It never rains but pours for Zanu PF candidates identified as having been in the vanquished G40 faction, with the party's leadership in the Midlands province making it clear that such members will not be allowed to contest in primaries.
Addressing party members ahead of First Lady Auxilia Mnangagwa's visit to Gweru last week, provincial youth commissar Simbarashe Mutukwa said those who sympathised with the defeated faction will be marginalised.
"Elections are around the corner and fortunately, ZEC has extended the registration period so as to give us all a chance to register. We know many of you had been busy with acute festive business but now the holiday is over, let's register to vote.
"Registration also means election is drawing closer. Since it's now obvious that election is coming, I want to warn those who know they haven't been travelling in the same road with us not to waste money because you aren't eligible to represent us.
"Being denied a chance to make it to the electorate doesn't mean you can't be a Zanu PF member. No!
"You can simply follow the party but at the same time, walking in good paths so that when the party regains confidence in you, your road will be clean. So I am simply bringing across the point that the exercise isn't meant to chase you from the party, but to make sure that one has amended his or her unclean ways," Mutukwa said.
Elsewhere, Zanu PF Masvingo provincial vice chairperson, Ailes Baloyi Told TellZim News earlier this month that the party ought to effectively rid itself of the remnants of the G40 cabal.
"We should never associate with these people who pushed for our expulsion from the party.  If it wasn't for the ZDF, we could be talking something else now. Their actions should never go unchallenged," said Baloyi.local
Share !