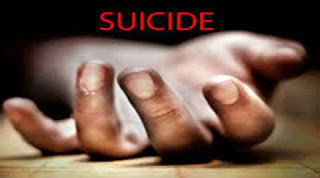 MASVINGO - A 16-year-old boy from Rujeko C committed suicide last week after a misunderstanding with his sister over perfume.
Tony Tanaka Zvandikona drank pesticide after his sister accused him of stealing his perfume.
Acting Masvingo Provincial Police spokesperson, Assistant Inspector Kudakwashe Dhewa urged parents to keep toxic pesticide out of reach of children.
"We are saddened by the death of Tony and we urge parents to keep toxic pesticides out of reach of children or in locked cabins to prevent incidents of that nature," said Ass Insp Dhewa.
On Saturday, January 13, 2018 at around 12:00, Tony was home playing with his sister 23-year-old sister Romana who then accused him of stealing her perfume, leading to a fight.
After losing the fight, Tony got angry and took a pesticide, Quick Force, and rushed to the toilet where he ingested it.
When Romana asked Tony, who was now staggering and vomiting in the passage, what had happed, he told her that he had took the poison. The boy was then rushed to hospital where he died at around 22:00 hrs.local
Share !