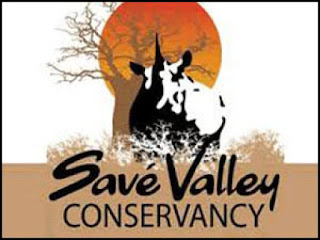 CHIREDZI - Zanu PF Masvingo provincial secretary for information, Ronald Ndava says with an election around the corner, it would be foolhardy for government to relocate the more than 15 000 people who illegally settled in Save Valley Conservancy.
The conservancy, located in south-eastern Lowveld bordering Save River to the east, is one of the largest private game reserves in Africa.
It comprises 750 000 acres of diverse wildlife habitat but was invaded by thousands of land-hungry people at the height of the Land Reform Programme in the early 2000s. The settlers have resolutely resisted calls for them to leave or to be relocated.
The Zimbabwe Parks and Wildlife Management Authority (ZimParks) recently conducted a survey as part of plans to fence off the conservancy and relocate the people.
The process, however, came to a halt after the Provincial Administrator (PA) Fungai Mbetsa distanced himself from the process reportedly due to pressure from ruling party politicians who feared the settlers would avenge themselves by voting for the opposition.
Speaking to TellZim News, Ndava said authorities must, instead, relocate animals to other large wildlife habitats such as Gonarezhou National Park and Malilangwe Conservancy.
He attacked the European Union (EU), the biggest donor in conservation efforts in the Lowveld, for trying to use its money to stampede government into toeing its own line.
"Our primary concern is people, not animals. We heard that the Provincial Administrator was complaining that everything was happening behind his back and without his knowledge.
"We have better places to relocate those animals; such places as Gonarezhou and Malilangwe. We will never support the prioritisation of animals over people. It is government which resettled those people and it won't make sense to reverse that in favour of the European Union position," said Ndava
Save Valley Conservancy houses most of Southern Africa's prime game species including 'The Big Five' (elephant, lion, leopard, buffalo and rhino).local
Share !