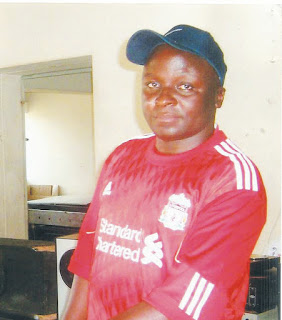 MASVINGO - The  coming in of Masvingo United  Football Club (FC)' Una Una' into  Eastern Region Division 1  together with  Masvingo Pirates  FC ' Dzinochekwa  Baba' could be a chance for  Masvingo urban to have at least one team that can be promoted  into  Premier Soccer League (PSL) come next season.
Despite a disappointing finish by Masvingo Pirates formerly known as Mucheke Pirates which saw them ending at number four on the Eastern Region Division 1 log standing, there is still hope that the team will pull a shocker come next season as the competition will be stiffer with the coming to the scene of Masvingo United.
Masvingo United shined in the Division 2 league and saw themselves earning a dance with some big boys this coming season. Football fanatics in Masvingo have pinned their hopes on Masvingo United years back but because of dwindling financial support the team continued to disappoint along the way until all hope was lost.
Una Una's relegation from premiership action in 2011 spelled doom on local football and since then Masvingo urban has never had a team in the top flight league.
The promotion of Masvingo United into Division 1 last season can be a greater advantage for both teams since it is a norm for local teams to defend each other against outsiders to gain more points.
Masvingo United team coach Godfrey Dondo highlighted the need to buttress his team with other senior players since the competition will be tougher.
Zifa Eastern Region administrator Tadius Machawira expressed his wish of seeing premiership action back to Mucheke stadium.
"My wish is that at least one team from Masvingo urban should be promoted into Premiership ,but the  challenge that we have is that instead of have good relationships  local  teams usually fight each other and players also have a tendency of moving from one team to another thereby losing points along the way," said Machawira.local
Share !