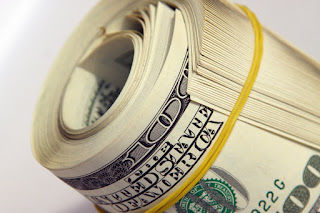 CHIREDZI - A female foreign currency dealer reportedly fell into a coma for around 45 minutes after noticing that a conman had defrauded her of US$900 in bond notes which he took away from her in exchange for fake US$750 bank notes.
People who attended to the distressed woman had to carry her into her car where they poured several litres of water on her in desperate attempts to help bring her back to consciousness.
The deceptive transaction happened outside an Edgars outlet where the trader, Perpetual Chotavengwa usually plies her trade.
"Yes it's true that I was robbed in daylight. There is this guy, I can't even remember his face but was formally dressed who came to sell his US$750 at 20 percent interest. I gave him my $900 bond and I later noticed that I was tricked when he was long gone," said Chotovengwa.
She said the fraudster misrepresented himself to make it appear like he had just got the money from a Mukuru branch close by.
An eye witness said the fraudster walked out of an Electrosales shop counting his fake dollars, flaunting them wisely to entice unsuspecting traders.
The witness said the deeply shocked Chotovengwa fainted after finding out that she had been sold a dummy.
"It's very sad. The woman was robbed $900 in bond notes after she unknowingly traded them for fake US dollar bills. She only realised her mistake while doing a recount of the notes. The money left a colour on her fingers but the conman was already gone by then," said the eye witness.local
Share !