Home » Local » ‘Constitution to be soon available in indigenous languages’

‘Constitution to be soon available in indigenous languages’ 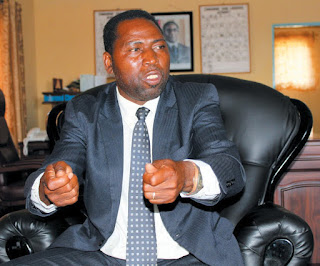 GWERU – The National Constitution Translation Committee (NCTC) has promised the nation that translation of the Constitution from English to other official languages will be complete by June.
Speaking during the NCTC standardisation workshop held at Midlands State University (MSU) recently, the group's organising and publicity secretary, Professor Wiseman Magwa told the Minister of Justice, Legal and Parliamentary Affairs, Ziyambi Ziyambi that by the end of February 2018, they would have finished translating the constitution into four languages.
"We are glad as a committee that the ministry has accepted our work though this has taken up considerable time from the previous government until now in the new dispensation.
"I am glad to announce and promise that this committee will have the Constitution translated into at least four native languages by the end of February 2018. The remaining 12 languages will be ready by June 2018. Your ministry will thus have something to present by the end of 100 days," Prof Magwa said.
Upon announcing his cabinet last month, President Emmerson Mnangagwa gave each of his ministers a 100-day target by the end of which they should have produced tangible results in their respective areas.
Speaking at the same event, permanent secretary in the ministry, Virginia Mabhiza praised the committee's work which she said would be an accomplishment of an important task once completed.
"Their NCTC's ability to identify crucial issues facing our community today will be remembered as the hallmark of their work through the translation, production and distribution of the Constitution into all officially recognised languages.
"The Constitution creates an obligation to ensure that it is translated and that public awareness is raised. We promote the Constitution through various activities and projects, this being one of the projects," Mabhiza said.
On his part, Ziyambi said once the translation goal gets completed, progress on the rule of law would have been made.
"Once we finish translating the Constitution into different languages, we would have achieved preservation of the rule of law in Zimbabwe as everyone would be able to decode the law in their native languages.
"Significant aspects of the Constitution include, among other things, a Bill of Rights that seeks to protect and promote citizens….In order for these gains to be translated into reality, they need to be implemented. Full implementation requires citizens to be sensitised not only about the Constitution but their rights as enshrined in the Constitution," Ziyambi said.
He also said it was sad that the constitution has been provided mostly in English.
"Since the inception of this Constitution, the ministry has been distributing it at different forums. It is however lamentable that such distribution has only been confined to the English language Constitution and summarised versions of the document in eight vernacular languages.
"The Constitution gives the State an obligation to ensure that all officially recognised languages are treated equitably taking into account the language preferences of the people affected, thus the need to translate the document," he added.
In terms of Section 7 of the Constitution, the Government is mandated to promote public awareness of the Constitution by, inter alia, translating it into all officially recognised languages and disseminating it as widely as possible.local
Share !