I am the most powerful chair in the country – Chadzamira brags 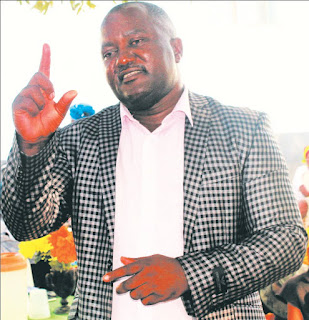 MASVINGO – Zanu PF Masvingo provincial chairman Ezra Chadzamira, who is also the Member of Parliament (MP) for Masvingo West, recently bragged that he was the most powerful chairperson in the country saying many powerful persons including President Emmerson Mnangagwa, by virtue of his supposed connections to the province, were under him.
Addressing Zanu PF members during a celebration party held for local senior party members elevated to the politburo and appointed ministers, Chadzamira said no other party chair commanded as much power and respect as him.
"I am the most powerful chairman in the country; all these ministers and politburo members with whom we are celebrating today are under my leadership. Even the President falls under my province and I am his chairman.
"I am the only elected chairman; even G40 tried to fire me but failed. That shows how powerful I am," Chadzamira said.
He also praised himself for standing his ground and surviving the factional purges that were carried out against some party members by the G40 cabal before Operation Restore Legacy.politics
Share !