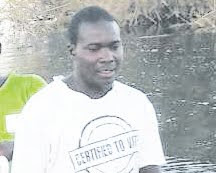 ZAKA – A ruthless armed robber caused immense fright and grief in Jerera growth point on Monday when he pounced on prominent money changer, Farai Magara, whom he stabbed with a knife before fleeing with US$2 000 in cash.
The robbery happened at Magara's place, Stand Number 561 Jerera, after the ruffian managed to gain entry into the house.
Masvingo provincial police spokesperson, Inspector Charity Mazula confirmed the incident, saying the robber easily entered the house because the doors were not locked.
"We received a report of a man who was stabbed in the stomach by a robber who entered his house and left with two bags containing money. The victim chased after the robber and caught up with him, leading to a fight which ended with the victim getting stabbed," said Insp Mazula.
She urged people not to keep large sums of money at home and also make sure that they lock their doors before going to sleep.
After the attack, Magara was rushed to Musiso Hospital and was later referred to United Bulawayo Hospital (UBH) but he died along the way.
Other people privy to the incident said around midnight on the day in question, Magara's wife, Gracious Mhere, woke up to sounds of movements in the bedroom and saw a man leaving with two satchels containing the money.
One of the satchels reportedly contained $2 000 in clean US dollar bills while the other had $1 500 in bond notes, $470 in US dollar bills and R2 000.
After Magara chased the thief, his wife followed to find her husband lying in a pool of blood, with one of the satchel gone while the other lay close by.
No arrests had been made by the time of going to print.local
Share !