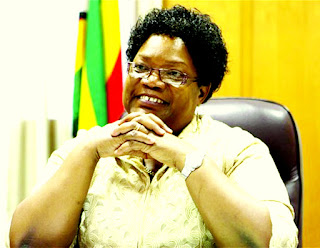 GWERU - National People's Party (NPP) leader Joyce Mujuru last week conducted a secret meeting at Gweru's Elephant Lodge where she allegedly mapped the way forward in the candidate selection processes for the People's Rainbow Coalition (PRC).
Sources who attended the meeting told TellZim News that Mujuru and her coalition partners are in the process of distributing constituencies and wards across the country ahead of the forthcoming general elections.
"We had a meeting with Mujuru today (January 31, 2018) where we strategised on the distribution of constituencies and wards to all the coalition partners. It was a private meeting as we felt accepting outsiders would jeopadise our plans and proceedings.
"The meeting resolved that the coalition parties will meet again on February, 14 to come up with the final list of representatives," said a source at the meeting.
NPP national spokesperson Jefferyson Chitando could not comment on the meeting since he was not present but confirmed that the PRC will be meeting in Gweru on February 14, 2018 for a candidate selection process.
"I am not aware of any detail from that meeting but I am aware the PRC is meeting in Gweru of February 14 to select candidates who will represent the coalition in the coming election," said Chitando.politics
Share !