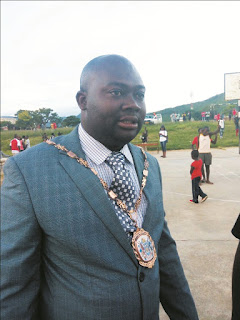 Mutare - The Mutare City Council has proposed to amend its by-laws saying the existing ones have become archaic and can no longer save their purpose in the quickly changing world.
The move has been necessitated by the continuous vandalism of council infrastructure and the local authority seeks to set stiff penalties to all would-be offenders.
Speaking to TellZim News, Mutare City Council spokesperson Spren Mutiwi said the current by-laws were outdated and were no longer saving according to the current times.
"As the City of Mutare we have started the process of reviewing all our city by-laws to ensure that they become relevant with the changing development trends as the existing ones were bit outdated failing to save," said Mutiwi.
The process which is expected to be complete by the second quarter of the year will see the council reviewing its major city by-laws which include the water, fire, town planning, shop license, traffic and vendors and also formulating new by laws.
Mutiwi said the council was worried with the careless vandalism of council infrastructure across the town mainly by illegal car washes.
"As the local authority, we have been faced with the problem of vandalism of council property and infrastructure.
"We are coming up with a by-law that will be focusing on tempering with council property and I believe this will go a long way in safeguarding our infrastructure that has been subjected to vandalism especially by illegal car washes in town," said Mutiwi.local
Share !