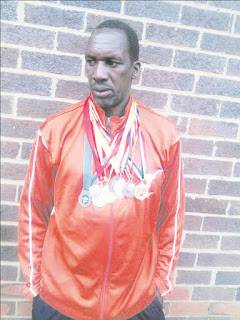 GUTU - Football in Chatsworth will finally benefit in a big way following the formation of Zero One One Football Club (FC), a Chatsworth-based outfit being sponsored by Sammy Washington Washaya.
Zero One One will be playing in the Zifa Eastern Region Division One League this 2018 season.
In an interview with TellZim News, Zero One One spokesperson Lovemore Mujere said the sponsor had decided to fund a fully-fledged Chatsworth-based football outfit as a way of ploughing back into the community.
The club conducted trials in Chatsworth and has already played a friendly match with Masvingo Pirates FC.
"Washaya decided to sponsor a fully-fledged football outfit as a way of ploughing back to the community.
"We have engaged Morris Mukwiti to assist us with the technical aspects of the game. This is one of the many ways that the sponsor has been exploring in trying to give back to the community where his roots lie," said Mujere.
Speaking to TellZim News, Mukwiti said the club has conducted trials with some local players and those from outside Chatsworth.
"We are still conducting trials for those coming outside the Chatsworth community. We need players who have played in division one and the Premier Soccer League because our main objective is to be promoted into topflight football in two years to come. We are appealing to the entire community to support the team," Mukwiti said.sport
Share !