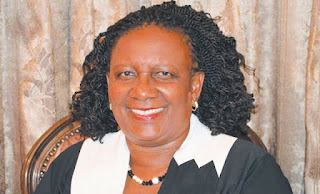 MASVINGO - Higher and Tertiary Education minister Professor Amon Murwira's drive to liberalise college and university entry requirements by removing the mathematics standard for some courses has found backing from Tourism and Hospitality minister Prisca Mupfumira.
Speaking at a Zanu PF meeting at Masvingo Polytechnic last Saturday, Mupfumira attacked what she called were rigid entry requirements to institutions of higher learning.
She said by overemphasising science and maths, the country was discriminating against a great deal of students who may not be gifted in those areas, but are academically gifted nonetheless.
She said the country needed humanities just as much as it needed sciences therefore, it was important that government encourages the study of both.
"With us here is Professor Murwira who has rightly said maths and science should not be made the standard for everything. Children who did not pass science and maths have been made to feel inadequate and we don't like that.
"As a country, we are expecting the higher and tertiary education ministry to make sure that every student studying arts, humanities or sciences is given the necessary support. All those qualifications are equally needed in the country," said Mupfumira while a beaming Murwira, who was also seated at the high table, nodded and raised his fist high in unison.
Prof Murwira's predecessor, Prof Jonathan Moyo, had gone into overdrive promoting science education; introducing his science, technology, engineering and maths (Stem) initiative by which government paid full fees for high school pupils studying science subjects at public schools.
Together with his deputy Dr Godfrey Gandawa, Moyo had also embarked on a sustained attack against the country's universities, accusing them of offering obsolescent arts and humanities courses that they argued were irrelevant in today's technology-biased job market place.
Murwira, however, speaking to academics at Bulawayo Polytechnic recently, castigated what he said was the inflexible nature of entry requirements, saying programmes that needed no calculations should be open even to students without mathematics.
"If a subject or if a qualification really requires people to calculate, I think Mathematics is important isn't it? But you can't say we want English and Mathematics where even you don't need to calculate.  There is this inflexibility sometimes that is introduced. I think universities, polytechnics and colleges are some of the most conservative institutions.
"Let's be more flexible concerning this, when you see it's needed yes it's needed. It cannot be a general entry qualification. Because sometimes you say English but the person is going to make some brick making machines, I think it's about us being flexible on that one. We want to give academic freedom to our institutions, it means you look at your logic, and don't be a slave of your regulation because you made it, make another one. That's what I mean when I say owning the country; you can't be a slave of a regulation," Murwira was quoted as saying.education
Share !