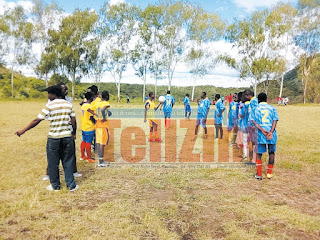 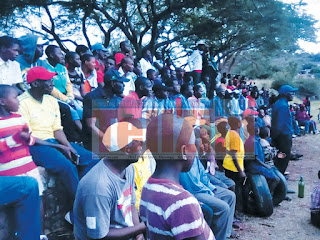 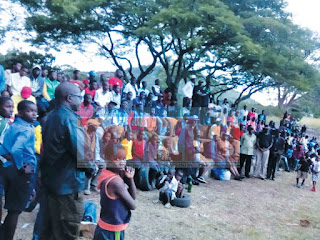 Mashava - The famous quote by Greg Louganis that, "The games are just nice, positive ways to build friendships, camaraderie and, of course self-esteem. Plus, the games are a great opportunity for people to participate in sports who normally wouldn't"—proves to be true as people from the whole Mashava community descended on King Mine grounds to support their local soccer teams during a voter mobilisation and peace building tournament organised by TellZim News over the weekend.
The usually quiet mining community of Mashava was last Sunday brought to life as they thronged Mambo Stadium to support their favourite teams.
Masvingo Journos, a team of journalists from Masvingo, battled it out in a round robin with three Mashava based teams—Temeraire United, Gaths Mine FC and Mambo Stars.
TellZim News organised the tournament to mobilise people, particularly the youth and women, to exercise their right to vote. Many said they faced a challenge of acquiring proof of residences but all was made easy as human rights lawyers from Masvingo offered certified affidavits free of charge.
The youths constituted the majority of the spectators and it made it easy for the TellZim News to communicate their message to them and many thanked the newspaper for organising an event that was both entertaining and educative.
"Since the closure of the mine, this area has become a ghost community and very few people reach out to us like what TellZim News has done.
"As you can see we are over 2 500 people here and many of us have not yet registered to vote due to other challenges like having no proof of residence," said one spectator only identified as Uncle Joe.
Another youth spectator weighed in saying the initiative to rope in sports in campaigning for peace towards elections is step in the right direction to ensure that we have peaceful elections.
"Sports have the power to unite people. As you have seen here today that people were hugging each other when their team scores and everyone was happy. This is what we want and if TellZim News continues organising such events, they will effect a positive change," he said.
The message to register to vote reached out to even vendors who were selling their wares to spectators.
Over 2 500 certified forms were distributed to those who did not have proof of residents.local
Share !