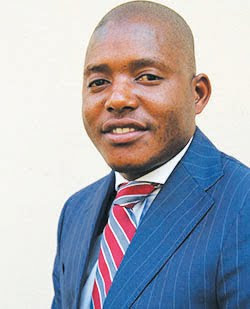 CHIREDZI – The Parliamentary Portfolio Committee on Lands, Agriculture and Rural Development last week expressed concern over new farmers who invaded 4 000 hectares of Tongaat Hullet Zimbabwe's land and are refusing to leave despite orders to do so.
The committee, which is chaired by Justice Mayor Wadyajena, toured the company's operations last week and criticised the land invasions. Members also promised to push for the issuance of a 99-year lease for the sugar company's 29 000 ha of land to ensure security of tenure.
Committee members enquired on the impact of the land invasions as well as about whether the company had any paperwork like title deeds or lease agreements to secure ownership of the land.
In response, Tongaat Hullet managing director Sydney Mutsambiwa said the company had no documents to safeguard the investment.
He said they were looking upon the government concerning the matter and were also hoping for a cordial resolution of conflict with the new farmers.
"Part of the land we own in Mkwasine Estates was allocated to new farmers and currently we don't have any advice from the government concerning leases. We are waiting for a way forward from the government.
"We are also spectators between court cases between the government and the beneficiaries as the High Court ruled that the ministry had no veto to withdraw offer letters from the farmers. The issues are still in courts and we hope the issue will be resolved quickly and amicably in a manner that will safeguard the root of the crop," said Mutsambiwa.
Temba Mliswa, who is member of the committee, indicated that presidential orders were final and that they were supposed to be enforced with urgency. Former President Mugabe left a word on the new farmers that they should leave Tongaat Hullet land.
"If this issue was resolved by the former president, why are these farmers still refusing to vacate the plots? Presidential orders are final and people must respect such orders," said Mliswa.
During his welcome address, Mutsambiwa had revealed that Tongaat Hullet Zimbabwe is largely owned by the South African government which is the biggest single shareholder of Tongaat Hullet South Africa.
"Tongaat Hullet Limited is listed on the Johannesburg Stock Exchange and owns 100 percent of where we are today, Triangle Limited and 50.3 percent of Hippo Valley Estates Limited.
"The biggest single shareholder of Tongaat Hullet Limited in South Africa is the Public Investment Corporation of South Africa which is a pension fund of the South African government," said Mutsambiwa.
Tongaat Hullet's investments in Zimbabwe, however, fall under a Bilateral Investment Protection Agreement (BIPA) which obligates the government to exempt the company's properties from compulsory acquisition for redistributive or any other purpose.local
Share !