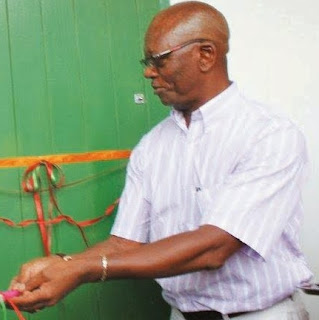 CHIREDZI - Chiredzi East Member of Parliament (MP) Denford Masiya and his Chiredzi West counterpart, Darlington Chiwa, both of whom face allegations of accepting bribes from Tongaat Hullet Zimbabwe in exchange for protection, could be off the hook after the company dismissed the allegations as false.
This follows Tongaat Hullet managing director, Sydney Mutsambiwa's statements to the Parliamentary Portfolio Committee on Lands, Agriculture and Resettlement which visited the company last week.
Masiya and Chiwa were accused by their own Zanu PF party of accepting luxurious Toyota Land Cruiser V8 cars so that they could defend the sugar company against politically-motivated attempts to seize its properties.
The matter was tabled before the Justice Mayor Wadyajena-chaired committee with Mutsambiwa dismissing all allegations of wrong-doing against the two legislators.
"We have never bought a vehicle for anyone. I've been around here since 2000 and I don't recall any incident where a bribe was solicited or received from the company.
"We only work with local legislators on development issues and we don't choose who to work with because we are apolitical," said Mutsambiwa.
Wadyajena said they will make an investigation of the issue during a public hearing.
"We are going to hold a public hearing on the problems faced by the company after making deliberations in parliament. We will also investigate the issue of vehicles; it seems somebody knows something since the registration numbers of the vehicles were stated in public," said Wadyajena.local
Share !