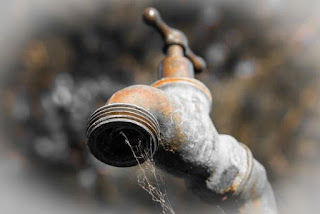 CHIREDZI - A burst along the main water supply trunk in Hippo Valley has seen Magwaza location going for over two months without water with authorities showing neither will nor capacity to solve the problem.
Magwaza location is connected to the water supply system by very old infrastructure that is in urgent need of repair.
Recently, three women from the area marched to Chiredzi Town Council to protest what they said was the continued neglect of their residential area.
One of the women, Veronica Mangoma said they registered their complaints with the town bosses and were falsely promised that the problem was going to be solved urgently.
"We teamed up as women and went to council to file the complaint. We were told that they were going to address the issue without delay but they sent some guys who seemed clueless on where to start," said Mangoma.
Another woman who took part in the protest was Atalia Murebwa who said it had become the woman and child's tiresome daily routine to go around looking for water elsewhere.
"It's now close to three months since we last got water from our taps. The council has failed but they are not gracious enough to say it so they would keep on giving empty promises," said Murebwa
The women also accused council of sending students on attachment to do work that should be done by fully qualified professionals.
They criticised the United Chiredzi Residents and Ratepayers Association (UCHIRRA) and Chiredzi Residents and Ratepayers Association CHIRRA for failing to ensure that town bosses are held accountable in that regard.
When contacted for comment, Chiredzi Town Council secretary, Charles Muchatukwa said the engineering department was working to repair the line.
"We encountered a problem in Hippo Valley were a trunk line burst. The engineering department is working on the problem and soon, it will be done. Areas that had been receiving water will get it soon and we will upgrade the system so that every household in Magwaza can have water," said Muchatukwa.local
Share !