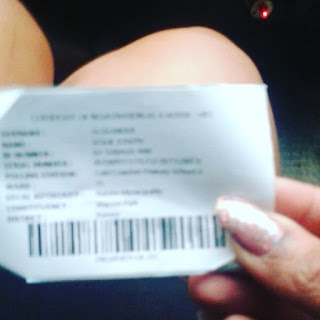 GWERU – As the 2018 elections approach, Zanu PF has been accused of striking fear into the hearts of the rural electorate in Shurugwi and Somabula where traditional leaders are allegedly forcing people to reveal the serial numbers of their voter registration slips for recording.
Sources who spoke to TellZim News said villagers were being threatened that they will not access food aid if they do not register to vote and submit the registration slips to the ruling party or traditional leadership in their respective communities.
One Robson Nyathi is said to have openly told a gathering in Dorset recently that chiefs and councillors had been instructed to withhold food aid to all who failed to comply.
"Nyathi made it clear that all people were supposed to register their details especially names and voter's registration serial numbers to the party structures. He also said the party will instruct traditional leaders and councillors to deny food aid to those who fail to do so," said one source.
When contacted for comment, Nyathi admitted instructing villagers to register their voter registration details with party leaders.
"Yes that is true. We told all our supporters to register to vote, so now we want to make sure that all of them have been registered. That is why we want them to be registered in party structures.
He however refused to comment on whether serial numbers of the registration slips were being recorded.
"I can't tell you that. You can ask Mr Mupereri, he is my superior and can tell you more on that matter," said Nyathi.
Zanu PF provincial spokesperson, Cornelius Mupereri said he did not want to talk about the issue, claiming the party had already found common ground with the Zimbabwe Electoral Commission (Zec).
"That's a tired conversation. We have talked to Zec over that issue and it's boring to repeteadly talk about it over and over again," said Mupereri, refusing to clarify the details of the alleged agreement with Zec.local
Share !