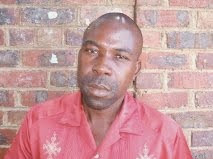 CHIREDZI - Zimbabwe Sugar Milling Industry Workers Union (ZSMIWU) is celebrating the departure of its president, Freedom Madungwe, after the High Court ruled that he was procedurally removed from his position.
There had been bad blood between Madungwe and much of the union membership which accused him of selling out their interests to the employer, Tongaat Hulett.
Madungwe was then dismissed from ZSMIWU in October 2016 by the executive committee but he filed a labour court application challenging the decision, arguing that those who had fired him were no longer members of the union as they had lost their jobs with Tongaat Hulett.
ZSMIWU, however, filed its own application with the High Court to bar him from accessing the organisation's bank accounts. The court advised the union to form an interim executive pending a final ruling on the matter.
On January 26 this year, the High Court delivered its ruling on the matter, endorsing the expulsion of Madungwe from the union.
The judgement on Case Number HC10757/16 which cites Madungwe was the 1st respondent, was delivered by Justice Tawanda Chitapi.
"It is hereby declared that first respondent was duly expelled as a member of the Zimbabwe Sugar Milling Industry Workers Union (ZSMIWU) on the 8th of October 2016," reads part of the judgement.
The court also ordered Madungwe to pay the costs of the application on high scale which is estimated to about over US$20 000.
"First respondent be and is hereby ordered to pay the costs of this application on the high scale as between client and attorney.
"It is hereby declared that the leadership of the Union presently consists of five National Executive Committee members namely Lucia Chirhele, Brawl Chikandiwa, Nokuthula Dube, Tavonga Vandirayi and Godfrey Katerere," it reads.
The interim committee which had been running ZSMIWU was subsequently dissolved on February 15 to pave way for the set National Executive Committee.local