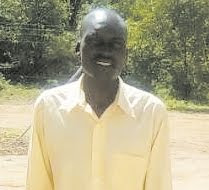 MWENEZI - Champion Dziva (36) of Rutenga growth point recently appeared before magistrate Honest Musiiwa for allegedly defrauding a 67-year-old prospective home owner by masquerading as a committee member of the Mwenezi War Veterans Housing Cooperative (MWVHC).
Dziva pleaded not guilty to the charge of defrauding Selina Chovelele of US$1070 and was remanded out of custody with the case scheduled to be heard again on March 15.
The court heard that sometime in 2013, Chovelele sent her daughter Tambudzai Muzewe to purchase a stand for her at the growth point.
Muzewe met Dziva who convinced her that her mother needed to pay US$1070 for her to be admitted into MWVHC, acquire a stand and have her house plan processed.
After being given the money, Dziva went to Clemence Muboyi who is MWVHC secretary general and paid a total of US$800 for the stand.
A receipt was issued in Dziva's name instead of that of the complainant.
Sometime in 2016, the complainant became suspicious after realising that the stand's receipt had been issued in Dziva's name.
She then went to council offices where she was told that her mother's name did not appear on the list of MWVHC's prospective stands owners.
She further came to realise that Dziva was not even a member of MWVHC.
After the intervention of the police, Dziva promised to pay back the money but only managed to raise US$200 before disappearing.
The complainant filed a police report leading to Dziva's arrest.
Willard Chasi prosecuted.local
Share !