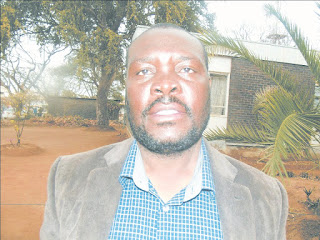 CHIREDZI - Wesley Kauma, the town council's engineer has come under pressure from residents who are demanding his removal from office for failing to account for seven mega litres being pumped daily from the water treatment plant at Hippo Valley.
The treatment plant is said to be producing between 10 and 11 mega litres of clean water daily but only three mega litres are being distributed to the town.
An investigation team led by Chiredzi Press Club found that the bulk of the treated water cannot be accounted for in a town of 28 205 residents who never receive a consistent water supply.
Sources who spoke to TellZim News on condition of anonymity said the 'missing' water was being secretly sold to some small scale sugarcane farmers who need it for irrigation.
In a full council meeting held recently, Kauma admitted that only three mega litres of water was being pumped daily to the whole of Tshovani and other areas.
The disclosure outraged town chairperson Francis Moyo so much that made it clear that Kauma was grossly incompetent and was not supposed to continue in his office.
Moyo, who was part of the investigation team that visited the water treatment plant, criticised the installation of public taps in the Zava area of Ward 5 saying such water will be difficult to bill and account for.
"We are not engineers but residents conducted their own probe and uncovered issues that need clarification from the engineering department. More so, a normal engineer, with his senses, cannot recommend the installation of garden taps to supply free water yet we are still saddled with a $1.3 million debt owed to Tongaat Hulett," quipped Moyo.
Garden taps are the name given to public water points built along the few functional water supply lines especially in the water shortages-hit Zava area.
Council also owes Tongaat Hulett the US$1.3 million from long back when the sugar company used to supply the local authority with water.
In his defence, Kauma said he had not realised that much of the treated water was not going to residents as it was often the assistant engineer, Irveen Mateyaunga, who is often on the ground attending to such issues.local