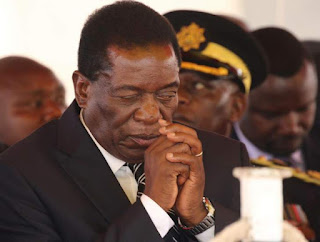 After his inauguration in November last year, President Emmerson Mnangagwa set for himself a 100-day target to turn things around but as the curtain comes down, the President has realised that he has chewed more than he can swallow and has tried to absolve himself saying the time frame was too short.
A video of the President arguing that 100 days were not enough to make a meaningful difference did the rounds on social media earlier this week, sparking a politically-polarised debate.
With the economy still struggling and bank queues being the order of the day, many notable actors and commentators took to Twitter and other platforms to express their opinions.
Nick Mangwana
100 Days: A budget that cut wastefulness. Road blocks removed. Bank charges reduced. Fuel Duty reduced. $3bn investment commitments secured. NPRC outreach programs started. Anti-corruption courts established. Free Healthcare for vulnerable groups.
Temba Mliswa
ED has set the tone in his first 100 days and led from the front. His biggest achievement was transforming people's perception of Zim which is key in attracting investors. But the next 100days must be focussed on tackling corruption, no one wants to invest where there's no accountability
Dr Takavafira Zhou
The 100 days are a complete failure. Mnangagwa should be kind enough to admit publicly that he has failed. It's a wasted effort to expect change from the same people who created the problem. He has chewed more that he can swallow. He cannot make any meaningless turnaround with the same deadwood that destroyed the economy over the past 37 years.
Tendai Biti
The failure by the regime to deliver anything meaningful in its first 100 days makes the prospect of a violent election very high. Failure to deliver on basic tasks of economic management makes autocrats fall back on their first language of violence.
Patson Dzamara
No angel from anywhere instructed ED to set the 100 days target. Intoxicated with kindergarten excitement, he set it himself. Don't tell us about the inadequacy of time for him to have done anything meaningful. It's over 3 months & nothing much has changed. It's called failure.
Nelson Chamisa
Mnangagwa's 100 days are a repetition of the past 37 years.top news
Share !