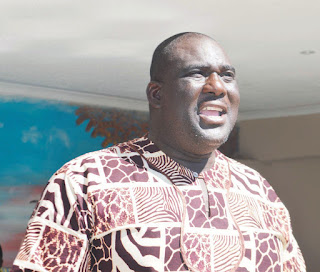 Chivi Central Member of Parliament (MP) Ephraim Gwanongodza last week commissioned one of the four boreholes sunk by the government in Ward 16 to provide clean water to the Matumbwari and Matizenyika villages.
Initially, the government had planned to drill 10 boreholes in each constituency but the number was later reduced to four.
Legislators were asked to submit four sites on which the boreholes could be sunk and, among other three places, Gwanongodza chose Ward 16 which is known for experiencing serious water shortages.
Speaking at the event, the legislator said the sinking of the boreholes fell in line with President Emmerson Mnangagwa's targets for his first 100 days in office
"Chivi Central experiences serious water challenges and the government pledged to help us sink boreholes so that our people could have access to clean water and the President has delivered. We had hoped to get 10 boreholes but President Mnangagwa said the resources at the moment allowed for only for four boreholes to be sunk in each constituency," said Gwanongodza.
The people in Ward 16 would often fetch water from the river especially in the dry season, increasing their vulnerability to waterborne diseases.
Ward 16 councillor Munashe Pwanyai welcomed the gesture and heaped praises on Gwanongodza whom he said had maintained his link with the people who voted him into office.
"We hear about MPs who get elected into office but quickly desert the people who voted for them to go and live luxurious lives in Harare. They only come back when elections are due but we are blessed to have a leader like Gwanongodza.
"He is there always and never fails his people. He has worked for us to have clean water and we want to thank him and our government," said Pwanyai.
Chief Masunda and all village heads in Ward 16 graced the commissioning ceremony.politics
Share !