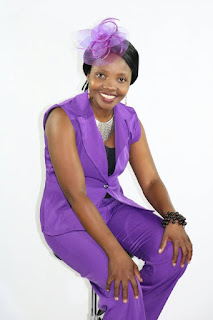 Atalia Parehwa
Tinaani   Nyabereka.
ZVISHAVANE – The Minister of Sports, Arts and Culture, Kazembe Kazembe is expected to be at YAFM Radio Park on April 07 where gospel artist Ataliah Parehwa will be launching her new album.
The album, titled Ndakasarudza, will be the music sensation's fourth effort; containing 12 tracks that all carry a message of the Lord Jesus Christ as the true source of real happiness and wellbeing.
"I am expecting a successful launch in the presence of multitudes. I have given this album my best and have made good preparations. There is every reason to promise people a joyous moment," said Parehwa.
The Kutongwa kukuru hit maker said some songs on the album are a result of collaboration with other artists.
There is a track called Usachemecheme which features Daniel Mhere, Vachazorora features Kudzi Nyakudya while Maureen Nengomasha is featured on Mwanasikana. I feel very much humbled by the support given to me by those artists," said Parehwa.
Parehwa's manager, Irvine Kapembera told TellZim News preparations for the grand occasion were going on well and promised an electrifying concert.
"We have invited members of our business community and other influential individuals as well as ordinary people to come and help us celebrate an excellent piece of art produced by one of our own," said Kapembera.
The organisers of the event are Hard Labour Promotions, Verenga Empire and YAFM. Talented DJs from the radio station will also grace the event while Admire Nago, Sandra Chirenje, Praise Govera and Anthia Mashungupa will perform as guest artists.
Parehwa joined the music industry in 2006 under the Gospel Revenge group which was led by Japhet Mpofu.
She later formed Echoes of Praise in 2012, leading to the release of their first album, Makanaka Mwari and two others in the following years.local
Share !