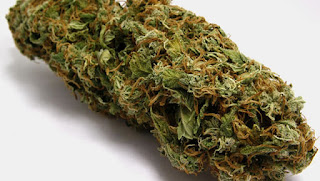 MWENEZI - A-34-year-old Mutare woman was last week convicted by Mwenezi magistrate Honest Musiiwa after she was found in possession of 1.77 kgs of marijuana.
Manyara Matata, who resides at house number 13 Habscus, Palmstone East in Mutare, was convicted on her own plea of guilty for contravening section 157 of the Criminal Law Codification and Reform Act Chapter 9:23 "found in possession of dagga".
Magistrate Musiiwa strongly cautioned Matata against drug dealing before he sentenced her to 24 months behind bars.  From the 24 months, 10 months were conditionally suspended for five years leaving Matata with an effective 14 months imprisonment.
State facts as presented by Prosecutor Willard Chasi are that on January 14 this year, police detectives received a tipoff that Matata, who was at Ngundu bus stop, was in possession of dagga.
Armed with the information, police detectives approached Matata, searched her and found the dagga.
This led to Matata's arrest. The dagga was produced as exhibit in court.local
Share !