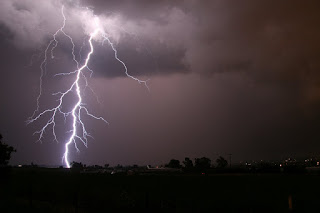 MWENEZI - A family from Charapata village under Chief Neshuro was last week left heartbroken after losing two children to a bolt of lightning.
The incident occurred on February 19 when two brothers; Stanford Maphosa and Agabu Maphosa, who were doing grade one and grade three respectively at Zvomupungu Primary School, were struck and killed by lightning.
Zvomupungu Primary School head, Admire Matutu who is also the area councillor, confirmed the incident saying the lightning also left other pupils hospitalised.
"It happened after we had just closed the school for the day. The tragedy occurred some few kilometres away from the school. Though there were some dark clouds in the sky, it wasn't raining.
"Other children rushed back to alert us after the lightning strike and we rushed to the scene only to find the victims already dead. Four other children were rushed to hospital," said Matutu.
The two children were buried at their rural homestead last week while the casualties, some of whom are said to be related to the two deceased children, were still admitted at Neshuro District Hospital where they were said to be in stable conditions.local
Share !