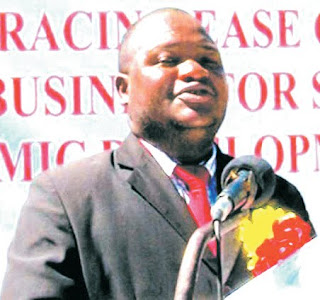 ZAKA – The Mutonhori family, one of the houses with a stake in the Nyakunhuwa chieftain-ship, last week petitioned the District Administrator (DA) Ndeya Nyede to register their dis-pleasure with their acting chief, Courage Mashavave whom they say has overstayed.
Representatives of five branches of the Mutonhori family; namely Chikara, Muchokwa, Matem-budze, Mashongera and Chivasa visited Nyede last Wednesday to seek an audience with him over the issue.
In a letter seen by TellZim News but addressed to the DA's office, the Mutonhori family said Mashavave, who is from the Machingambi family, had surpassed the two year gazetted period that an acting chief should hold office pending the selection of a substantive one.
"We, the undersigned are concerned rightful heirs to the throne following the untimely death of the former Chief Mashavave Jerera. We urge the responsible authority through the ministry of Local Government to act now by initiating the selection process.
"Mashavave Courage has been acting Chief for around 3 years following his father's death which is against the regulation period of two years. This has led to serious unrest in the royal family hence (we are) seeking the intervention of the responsible authorities," reads part of the letter.
They also said a wrong precedence had been set by Jemias Bangamuseve who reigned for seven years on an acting basis.
When contacted for comment, Nyede confirmed having had an audience with the Mutonhoris and the other families on the issue.
He said Mashavave will remain acting chief until such the time when the selection of a new chief is done in consultation with all the involved families.
"We have not yet been instructed to choose a new chief but when the time comes, they will be told. What they are doing now is just about rushing around. All other families are doing the same and it's normal in as far as chieftainship issues are concerned," said Nyede
The Machingambi family, which is the youngest in the Nyakunhuwa clan, has held the throne for a record three times.
Other families with a claim to the Nyakunhuwa throne include Mutsvangwa, Murembwa and Mututuvari.
The Mutsvangwa family has sat on the throne two times while the Murembwa and Mututuvari have held it once each. The Mutonhori has never taken the throne.
The Machingambi family is however itself divided over the eligibility of Mashavave to sit on the throne, with others claiming that he is an imposter who only appeared after his 'father's' death.
He has been reported to the DA several times on allegations of abuse of office and the wrangle is said to be unsettling the nearby Nhema and Bota chieftainships.