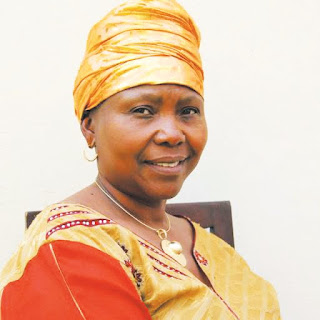 MUTARE - Zanu PF Manicaland provincial chairperson, Mike Madiro has expressed concern over opposition parties' activities in the province that he said would cost the ruling party dearly if left unchecked.
Madiro briefed Zanu PF national chairperson, Oppah Muchinguri-Kashiri on the state of the party in the province during a party meeting held at Mutare Poly last week.
He emphasised that the party needed to pull up its socks if it was to stay in the game after the upcoming elections.
He sounded the alarm saying opposition parties had already started campaigning in the province, warning that Zanu PF must never underestimate its rivals.
"Opposition parties have started their activities in the province; Mujuru, MDC Alliance and this new outfit ZIPP. They are already distributing their regalia and the people have been accepting them all.
"People have been accepting the regalia not because they like those parties but simply because they want clothes. It is our plea to the party that our own regalia comes now because we are running out of time," said Madiro.
He, however, downplayed the opposition's ability to break new ground, saying only Zanu PF would be its own biggest enemy if it remained divided.
"In terms of average attendance when they hold public meetings, I would say 200 people attend but in terms of penetration, the opposition is in disarray. We could be our own enemy because we are not united," said Madiro.
His estimates, however, contrast sharply with the attendance at the recently-held MDC Alliance rally which attracted close to 3000 people at Sakubva Stadium.
Zanu PF is hoping to claim the three constituencies which were taken by MDC-T during the 2013 elections. These are Innocent Gonese's Mutare Central, Trevor Saruwaka's Mutasa Central and Prosper Mutseyami's Mudavanhu.local
Share !