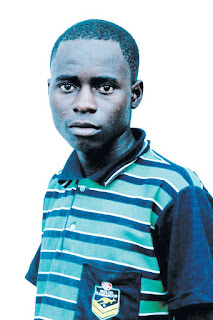 ZVISHAVANE - Thulani Dereck Maphosa of Kandodo high density suburb is appealing to well-wishers and the corporate world for assistance to enable him to go to university.
The 19-year-old did his 'A' levels at Mnene High School and scored 20 points in mathematics, accounts, economics and business studies.
Thulani did his 'O' levels at Utongani Secondary School in Msipani area under Chief Wedza, where he obtained 7 As and one C.
He did his 'A' levels courtesy of the war veterans' fund as his father passed away when he was still in grade one.
Thulani lives with his mother in a rented house where they survive on his late father's meagre war veterans pension.
He wants to enroll with the University of Zimbabwe (UZ) for an accounting degree.education
Share !