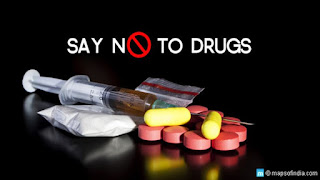 CHIREDZI – Concerned parents have called upon the police to do more to fight drug abuse through improved law enforcement in communities as well as counselling children.
The most common drug being abused by youngsters in Chiredzi seems to be the broncleer cough syrup but there are also indications that crack cocaine is increasingly becoming easy to access.
A 23-year-old man was recently found hanging, a case that was widely said to be drug abuse-induced suicide.
Augustine Mupezeni, a parent who is struggling to get help for his drug addicted son, said he had tried to engage police to raise alarm on the escalating drug problem.
"The police said I should consult someone who is responsible for counselling but she was said to be off duty. I wanted them to counsel my child and help establish the source. I have gone there three times. He bullies his siblings and he even has the guts to ask me for money to buy broncleer," said Mupezeni.
Chiredzi West Member of Parliament (MP) Darlington Chiwa said drug abuse had destroyed the lives of many young people.
"If the police have challenges organising people to deal with youths who are into drug abuse, I am ready to help. I will support anybody who comes to me for assistance," said Chiwa.
TellZim News contacted a woman who is widely rumoured to be a drug mule in the town, but she denied the allegations and warned this reporter not to call her again.local