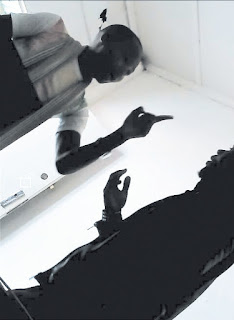 A Zimbabwe National Army (ZNA) officer, Donald Manenji and his friend Shamiso Tavaruva last week Thursday stormed TellZim News offices and threatened to violently shut down the newspaper in protest against a story they were not happy with.
Manenji is a soldier working at the military ward of Masvingo Provincial Hospital while Tavaruva is a well-known personality, being daughter to Tanda Tavaruva, the formerly prosperous passenger businessman of Mhunga Bus Services.
Last week, TellZim News published a story detailing how the two were in trouble with the law for allegedly ganging up to savagely beat one Zivanai Chikwanda, accusing of ill-treating his ex-wife Ruth Maregwede.
The incident, which happened at Chesvingo business centre on February 21, was reportedly witnessed by many people and was reported at Chikato Police Station, CR 79/02.
Stung by the story, a fuming Manenji and Tavaruva stormed into the newsroom shouting obscenities and demanding to see the person who wrote the story.
They pulled down the company mission statement from the wall and threatened to smash it while threatening to shut down the newspaper 'with immediate effect'.
They demanded a written apology and a full retraction of the story with Manenji threatening to phone army bosses to come and close the newspaper.
Much of their shenanigans were captured on video and audio as they caused a scene for many people to watch while insulting the editor, Passmore Kuzipa.
When conducted for comment, Headquarters 4 Infantry Brigade Public Relations Officer (PRO) Captain Francis Chanduru condemned the dragging of the army's name into personal affairs.
"We don't tolerate such behavior, that's indiscipline and abuse of office. We are going to investigate the case and appropriate disciplinary action would be taken if there is a case. We don't want individuals who tarnish the good name of the organisation. The army is disciplined and we have a phobia for violence," said Captain Chanduru.
Zimbabwe Union of Journalists (Zuj) vice president, Godfrey Mtimba also condemned the threats and promised to take the matter forward.
"As Zuj, we condemn in the strongest terms any threats or violence whether from soldiers or any other person who wants to harm freedom of the media and the safety of journalists. People must not abuse the name of the army for the purposes of impunity," said Mtimba.local
Share !