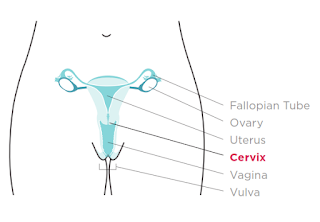 Everyone, either male or female, is affected by cervical cancer although it is entirely a female disease. For males you have a mother, sister or a wife or even a daughter, hence the need for you to have an insight into this deadly disease.
First and foremost, we need to know what is meant by cancer. It is undisputable that as proud African citizens we have strong cultural beliefs about cancer, some believe cancer is a condition of witchcraft while others believe that it is a demonic illness. It is of paramount importance for us to look at the public's perspective of cancer because all beliefs about a disease affect health-seeking behaviour.
In this article we will look at cancer from a medical perspective. Our bodies are made up of basic units called cells, just like bricks forming a wall so each brick will be representative of a cell. Cancer is defined as uncontrolled, disorganised cell growth and the name of the cancer depends on which part of the body is affected. In other terms, cancer is when body cells become rebellious and no longer function according to the expectations. Cancer cells distort the normal functioning of the body. The cervix is part of the female reproductive system that is located at the junction of the birth canal (vagina) and the womb. The cervix is known as umlomo wesibeletho in Ndebele or muromo wembereko in Shona. Cervical cancer is therefore disorganised uncontrolled growth of cells in the cervix.

Cervical cancer affects females of the reproductive age and in Zimbabwe there are about 4.9 million females who are 15 years and above. These are at risk of having cervical cancer. It is estimated that every year 2 270 Zimbabwean women are diagnosed with cervical cancer and 1451 die from the disease. Peak age for cervical cancer in Zimbabwe is in early thirties. Cervical cancer is the number one leading cause of cancer-related deaths in women. It is caused by Human Papilloma Virus (HPV) infection. Factors that increase the likelihood of one getting HPV infection include having multiple sexual partners, first vaginal intercourse at early age and sexual intercourse with uncircumcised man. Other factors on top of HPV infection that predispose to cervical cancer are family history of cervical cancer, immunosuppression from any cause, smoking and long-term use of oral contraceptives. Arising use of herbal medicines which are applied in the vagina by some women as a way of sexual enhancement for various reasons might also predispose one to cervical cancer.
Cervical cancer comes about when risk factors make changes on the cells of the cervix such that they grow in a disorganised uncontrolled fashion.Individuals with cervical cancer may be symptomatic or asymptomatic depending on the stage (how far has the cancer spread to other parts of the body) of the cancer. If it is symptomatic, just like any other cancer, an individual may suffer unexplained loss of weight, fever and loss of appetite. More so, cervical cancer also causes pain during sexual intercourse, bleeding after intercourse, vaginal bleeding in between monthly periods and after menopause. Other signs and symptoms of cervical cancer are heavy bleeding during periods, and in late stages lower back pain and abdominal pain and signs and symptoms of anaemia (reduced blood) such as generalised body weakness, fatigue, headache, breathlessness and pale eyes and or hands.
The afore mentioned clinical signs and symptoms are used to diagnose cervical cancer. However, nowadays it is recommended that individuals at high risk groups get screened for cervical cancer. Numerous health care centres offer cervical cancer screening services.
The most popular screening method used is called Visual Inspection with Acetic acid (VIAC). During VIAC an instrument with a camera is inserted into the birth canal and pictures of the cervix are taken. VIAC can tell whether the cervix is normal, beginning to form cancer or already has cancer. VIAC results and clinical signs and symptoms are then used to stage the cancer.
Staging of cervical cancer help determine how severe it is, what treatment method to be used and prognosis. There are four stages for cervical cancer; stage 1 is when the cancer is confined to the cervix. At stage 2 cancer has spread beyond the cervix and invades the upper part of the vagina. At stage 3, cancer would have spread even to the lower parts of the vagina.
Stage 4 is characterised by the cancer spreading to other organs. If unattended early, cervical cancer can spread to bones, abdomen, liver and the lungs. People are therefore encouraged to visit their nearest health facilities as soon as they suspect cervical cancer because if diagnosed at an early stage it can be cured completely.
The choice of treatment depends on the stage, age and level of fitness. Treatment can be curative or palliative; the former being used when the cancer is at an early stage while the latter is for later stages for example, if the cancer has spread to other organs. Palliative treatment is targeted at reducing symptoms instead of destroying the cancer. Treatment can be surgical whereby the cancer is removed, or whole or part of the womb is removed. Another form is treatment is radiotherapy in which the cancer is destroyed by radiation. Chemotherapy uses drugs to destroy the cancer cells.
As it is known, prevention is better than cure, risk groups are therefore encouraged to adopt preventative measures against cervical cancer. Prevention can be at a primary, secondary or tertiary level. Primary prevention aims at reducing exposure to cervical cancer risk factors. These include having one faithful sexual partner, delaying sexual debut, correct and consistent use of condoms, and if possible abstinence.
A new programme of HPV vaccination is being enrolled as a way of primary preventing cervical cancer. Secondary prevention aims at diagnosing the disease before appearance of clinical signs and symptoms. Cervical cancer screening services are a form of secondary prevention. These include Pap smear and VIAC, with the latter being mostly used in Zimbabwe. Pap smear involves taking a biopsy of cells from the cervix and the cells viewed under a microscope to determine whether there are cancer cells or not. Tertiary prevention of cervical cancer includes patient rehabilitation as well as palliative treatment.
Cervical cancer is a deadly condition if diagnosed late therefore, it is wise for one to go for routine screening and adopt primary prevention methods. It is my responsibility, your responsibility and our responsibility to fight against cervical cancer which has and is claiming lives of our loving woman.
Nkosikhona Moyo is a fourth-year medical student at the National University of Science and Technology (NUST). He is a member of the Zimbabwe Medical Students Association (ZiMSA) and director of Standing Committee on Public Health (SCOPH) at NUST.
Share !