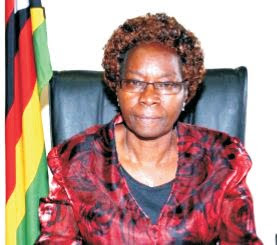 The Zimbabwe Election Support Network (ZESN) has called upon the Zimbabwe Electoral Commission (ZEC) to speedily appoint a substantive chief elections officer in line with Section 9 of the Electoral Act.
In a statement released on March 20, ZESN says such an appointment was necessary to ensure that there was ample time for the successful candidate to adjust to the new position and oversee the management of key electoral processes before the next elections which are expected to be held within the next five months.
The call was necessitated by the departure of Constance Chigwamba who left after falling out of favour with the electoral management body.
"According to the Electoral Act Section 9 (b) and (c), some of the key functions of a Chief Elections Officer are to supervise and control the activities of other employees of the Commission in the course of their employment and to be the accounting officer of the Commission in terms of the Public Finance Management Act [Chapter 22:19] (No. 11 of 2009).
"The CEO position is a crucial office in the administration and management of electoral processes in Zimbabwe hence the need to ensure that a suitably qualified candidate who possesses the right skills, experience and knowledge is expeditiously appointed in order to keep good electoral administration principles which will enable ZEC to implement its mandate of delivering free, fair and credible elections in Zimbabwe.
"ZESN reiterates its calls for an independent ZEC that safeguards principles of good electoral management such as transparency, integrity, professionalism, competence and fairness," reads the statement.
After the departure of Chigwamba, ZEC appointed Utoile Silaigwana, a retired army officer, to the position of acting chief elections officer but many stakeholders responded negatively due to Silaigwana's alleged association with rigged elections in the past.local
Share !