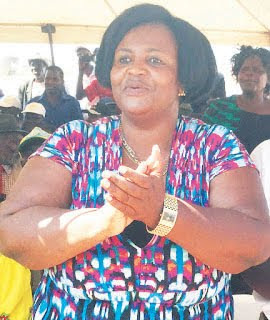 BIKITA - The incumbent Member of Parliament (MP) for Bikita West constituency, Beauty Chabaya is utilising the Community Development Fund (CDF) in a way that strengthens her chances of securing re-election.
Chabaya won the parliamentary seat in a by-election that was held in January last year after the then MP Munyaradzi Kereke was convicted and imprisoned for rape.
Chabaya has so far commissioned five boreholes and has built a foot bridge in Mungezi village under Chief Budzi using the funds availed to some MPs earlier this year.
The boreholes have been drilled in Munyika Village under chief Mupakwa, Chapwanya village under Chief Mukanganwi, and the other three were drilled in Chief Mazungunye's area.
The legislator said despite her tenure of office being relatively short, she still wanted to make a mark in Bikita East before the next polls.
She said if given a second chance in office, she would make sure all the projects that have been planned are implemented in full.
"My term in office has been short but despite that, I have made vast developments in the area. One of the problems that we are facing as a constituency is shortage of water so I have constructively used my CDF to drill boreholes in the most affected areas. If given another chance to serve, I would do much more for the people of Bikita East," said Chabaya.
She said projects like poultry production and fish farming could transform the lives of many women in the constituency.
Share !